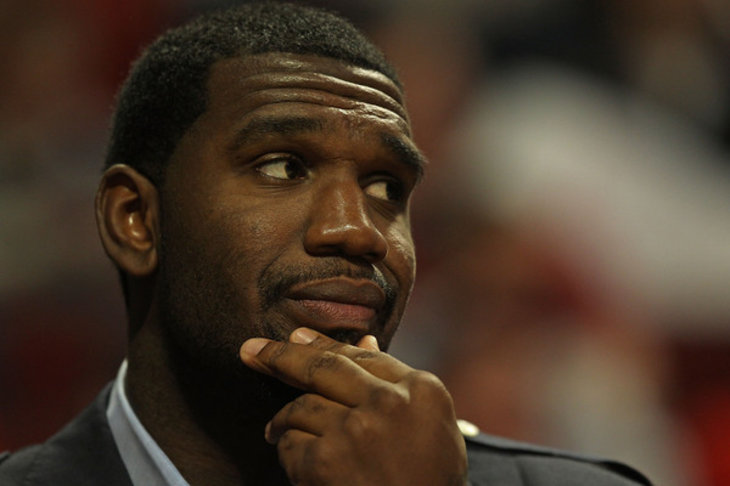 Greg Oden hasn't played in the NBA since the 2009-10 season, but he's still working toward a comeback and may be making progress in his quest to return to the NBA. Oden, who is a free agent, has been helping Ohio State forward Deshaun Thomas prepare for the 2013 NBA Draft, and Thomas thinks the former No. 1 overall pick looks great on the court (via The Oregonian):

There are more than a few qualifiers to this report, however. Thomas is not an NBA scout or talent evaluator, "running and getting in shape" is not playing in a full-contact game against NBA top competition and both players belong to an Ohio State basketball family that probably wants to help each member in any way possible. Thomas tossed out a lot of superlatives in his sound bite on Oden, and perhaps that's the best thing he can do for a fellow Buckeye.

On the other hand, this isn't the first time we've heard about a possible comeback. Cleveland Cavaliers general manager Chris Grant acknowledged the team's interest in signing Oden to a new deal back in February. At that time it was rumored that the Cavaliers were preparing to offer Oden a two-year deal with a team option for a third year. Nothing substantive ever materialized from that report, but now the big man is back in the news and the normal free agency period is rapidly approaching.

If a team isn't willing or able to gamble big money of the oft-injured Andrew Bynum this summer, maybe they will take a chance and sign Oden to a smaller speculative deal. At the very least, it seems that Oden is still preparing himself for that type of opportunity.